Which would you love to learn how to make—an old-fashioned broom or handmade basket?  This was the question we asked our farming friends last week.  How exciting to hear so many responses and see a genuine interest in two time-honored traditions that have been practiced for hundreds of years by cultures around the world!

Similar to basketry, early brooms were handmade in homes by farmers and families who gathered whatever materials they could find on their land.  Tree branches, twigs, flax fiber, straw, hay, and corn husks were used to make brooms to sweep off the porch and clean up  ashes from around the fireplace.  But, these brooms didn’t last a long time.  What natural material could be used to create a more durable broom?

The Discovery of Broomcorn for Broom Making

The history of broom making in America is fascinating.  According to the Purdue University Department of Horticulture, Benjamin Franklin introduced broomcorn seeds to the United States in the early 1700s where it was grown primarily in home gardens for animal feed.  Sorghum vulgare var. technicum is the variety of sorghum commonly called broomcorn.  Who decided to make a broom using this species of tasseled grass? 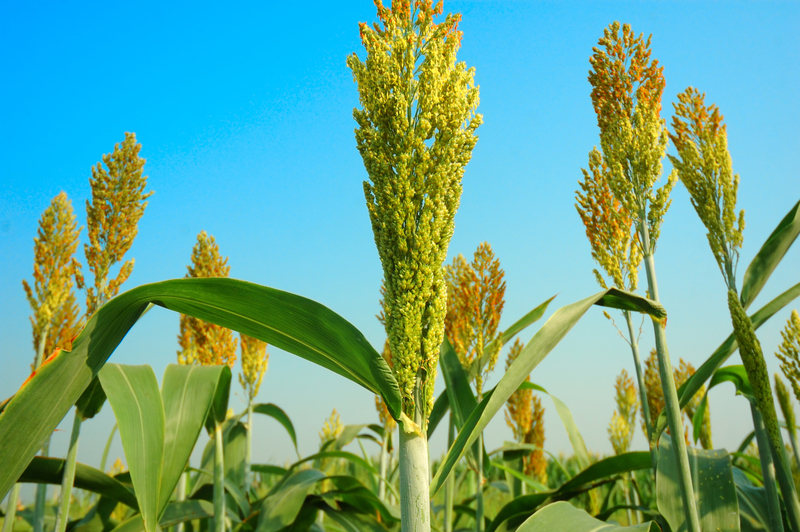 In this essay Historian Gregory H. Nobles wrote: “In 1797 Levi Dickinson, a farmer in Hadley, Massachusetts, planted a few hills of a strange-looking variety of corn that was virtually useless as food and produced little more than long tassels of brush.  Dickinson harvested the brush, dried it, tied it around sticks, and thus made twenty or thirty brooms, most of which he peddled to neighbors in the town…By 1800 he and his sons were making several hundred brooms and selling them [in the northeastern U.S.].”

The writers of the book Broom-Corn and Brooms: A Treatise on Raising Broom-Corn and Making Brooms on a Small or Large Scale published in 1887 wrote this:  “Like cork, Broom-corn is one of those natural products that are so perfectly adapted for the uses to which they are put, that no substitute has been, or is likely to be, found for it.  In toughness, elasticity, sufficient, but not too great rigidity, lightness, and ease with which it is manufactured, it excels all other materials used for brooms.  Besides these qualities, it is so easily procured as to be within reach of everyone…” 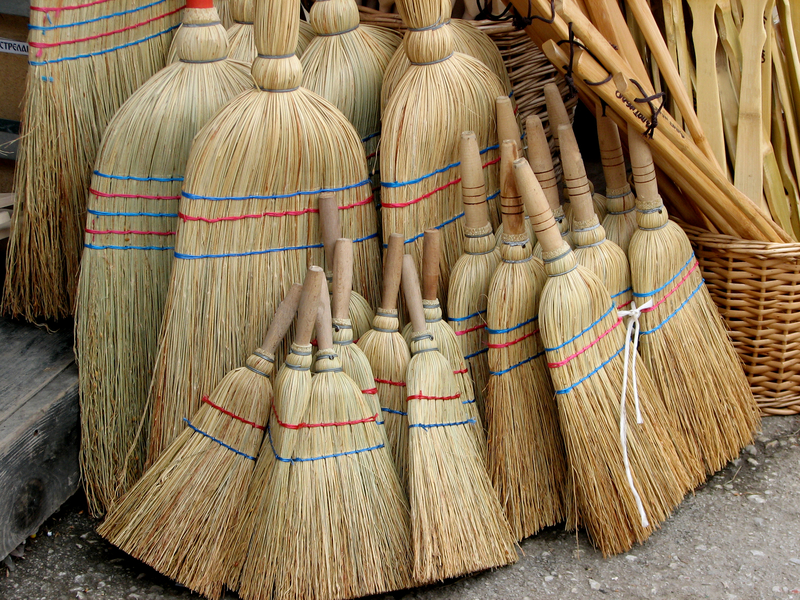 There are many styles of functional and beautiful brooms including round, flat, angle, cobweb, whisk, turkey wing, hawk tail, hearth, kitchen brooms and more.  What styles do you like most? 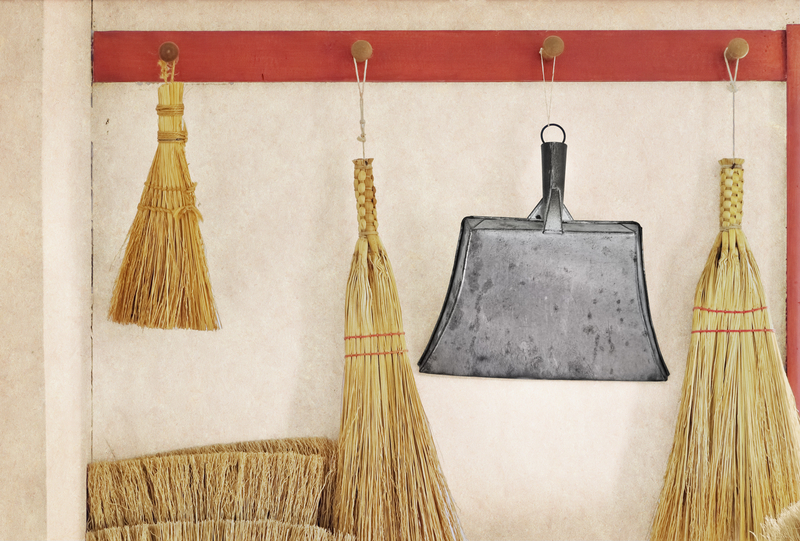 Do you teach broom-making skills or know someone who does?  Please us know in the comments the name of a broom maker in your town or craft school nearby that teaches traditional broom-making skills.  We welcome any info you would like to share about upcoming broom making classes, workshops, helpful resources, or personal stories.  Or, perhaps you know about a craft guild, festival, or fair where broom makers gather each year to demonstrate how broomcorn is used to make a long-lasting broom.

Please leave your comments to inspire others to practice, preserve, and pass on the time-honored tradition of broom making that connects us to our agricultural heritage.  Happy broom making!