Blueberries–Healthy, Delicious, and Easy to Preserve

Nothing says “summer” quite like a handful of blueberries picked warm from a sun-drenched bush. Pop them into your mouth for a burst of deliciousness! Not only are blueberries tasty on their own, but they’re also great in many recipes and super easy to preserve. One of our favorite ways to enjoy blueberries year-round is to make blueberry syrup. It’s perfect on top of ice cream, pastries, pancakes, waffles, and you can even use it in marinades for pork and beef.

After picking our blueberries, we rinsed and sorted them. We wanted our syrup as pure as possible. We also made sure all our jars and lids were sanitized.

Then we put them in a pot and began mashing them. 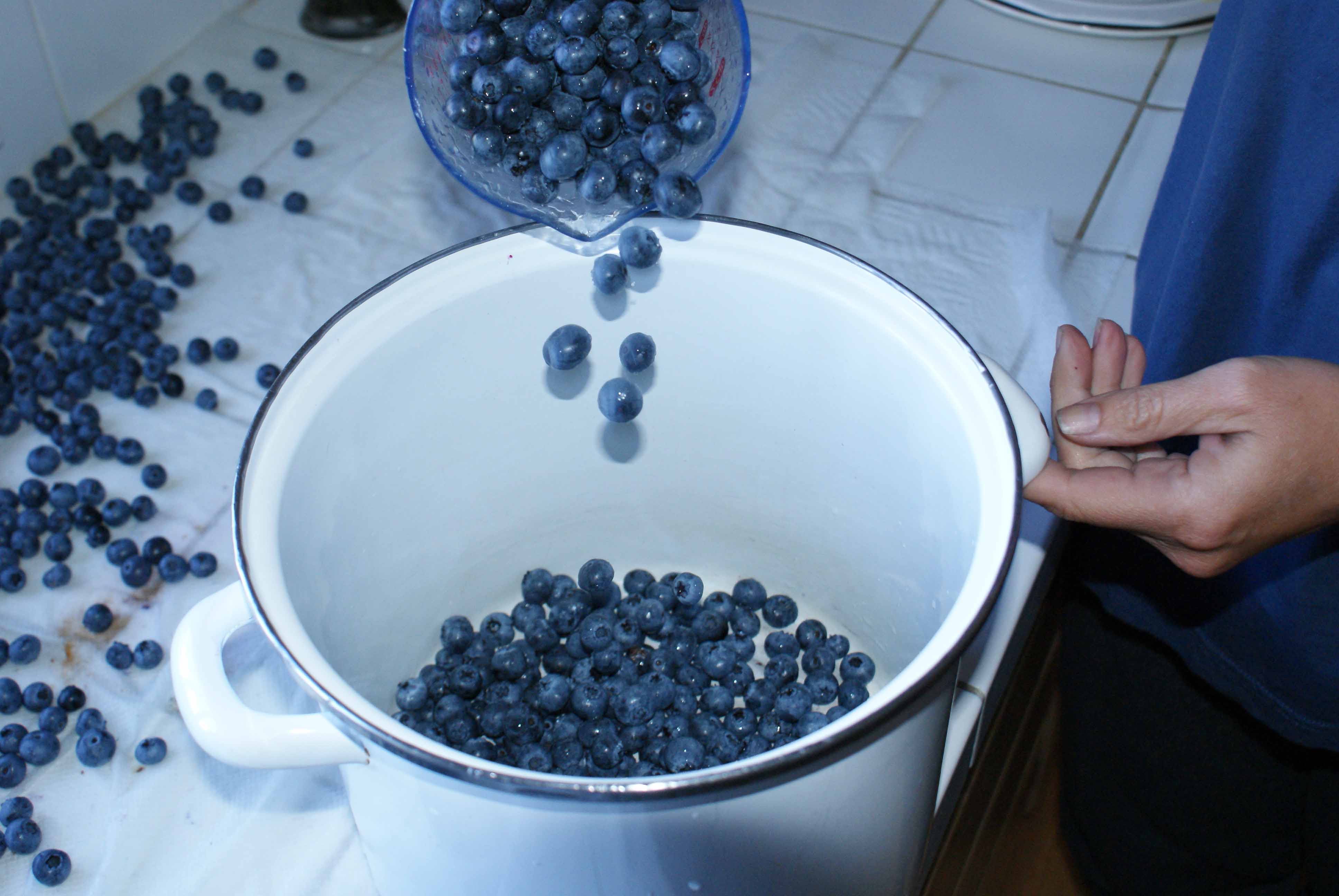 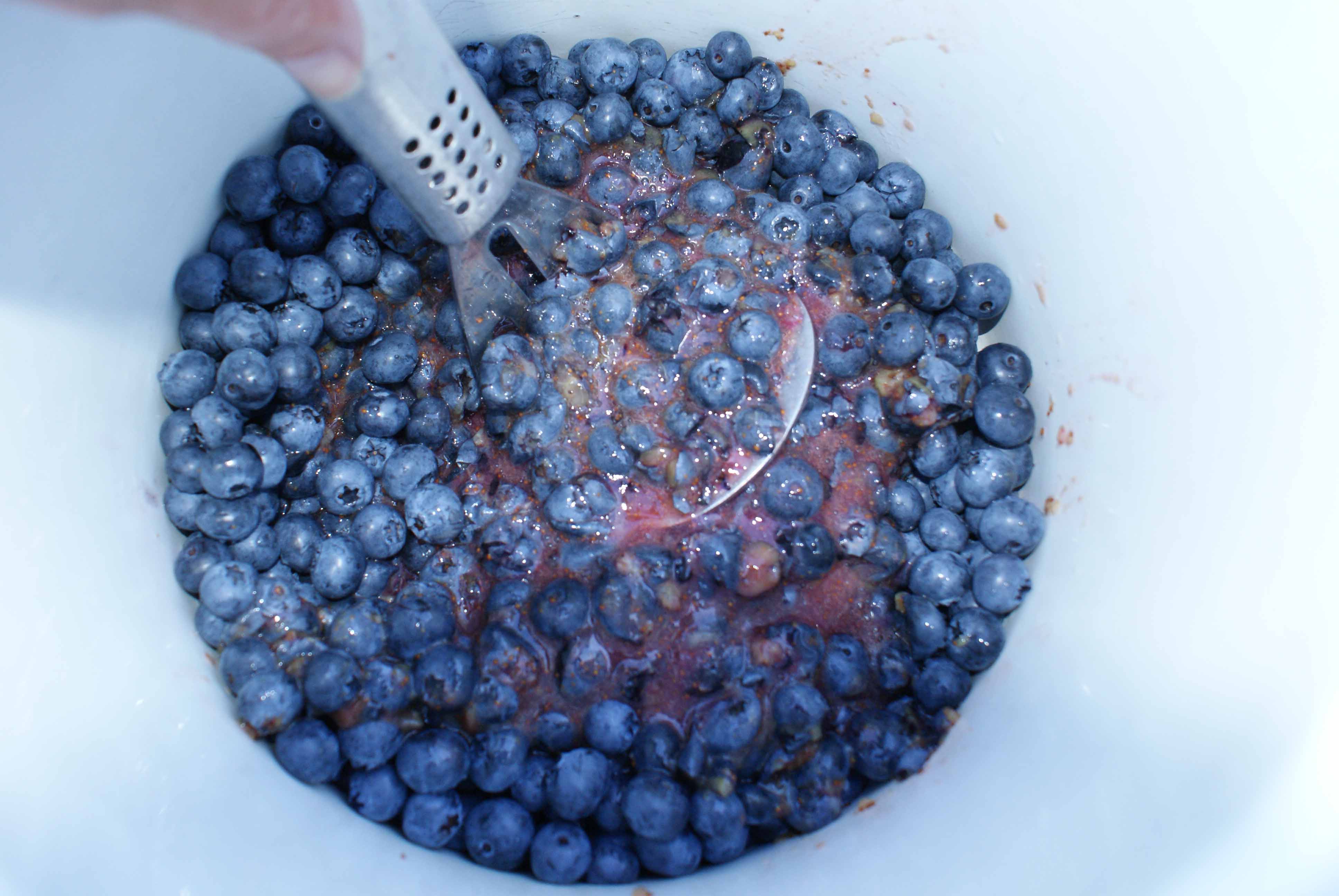 We continued mashing them as they cooked, until the berries burst on their own and began making a dark syrup. 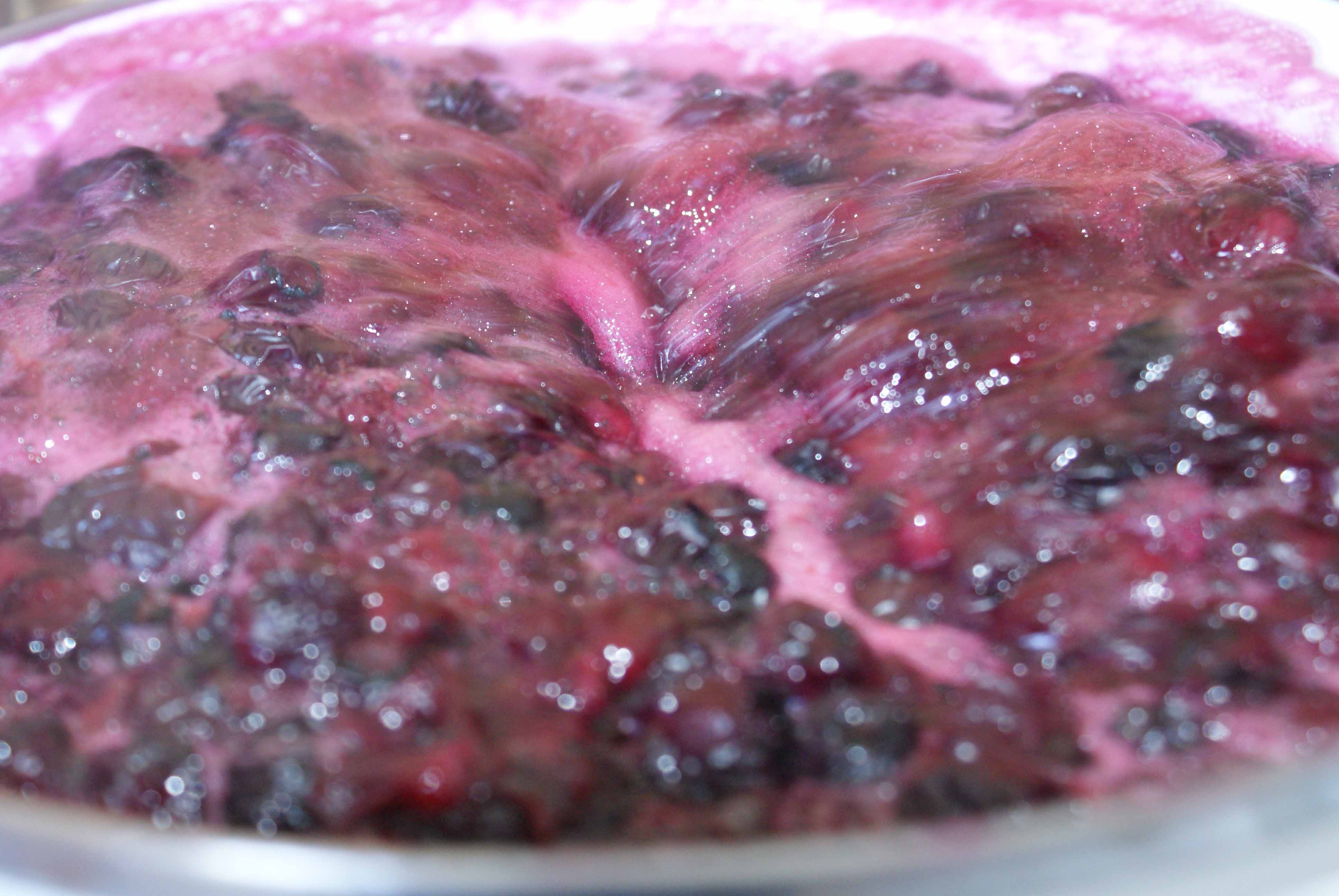 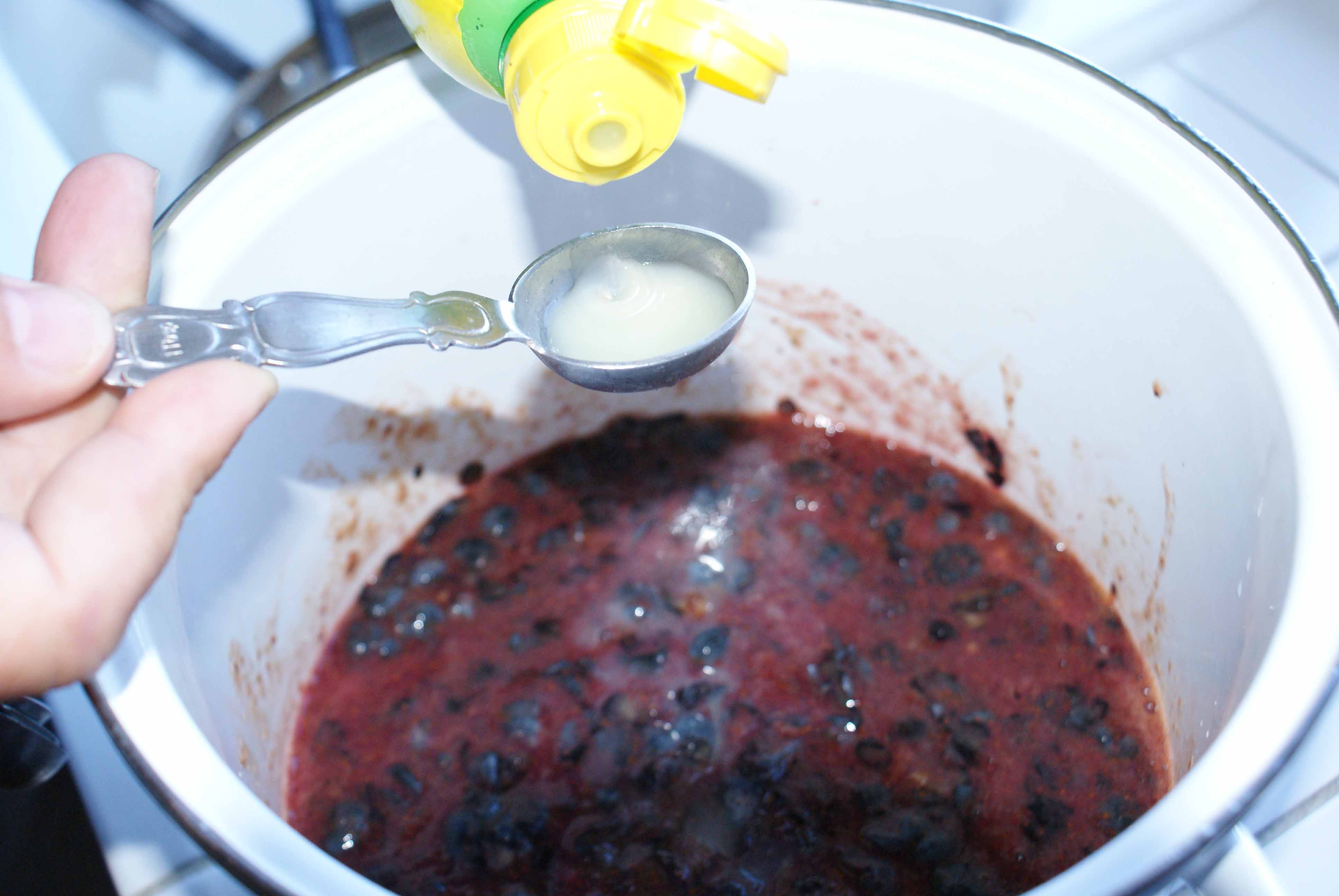 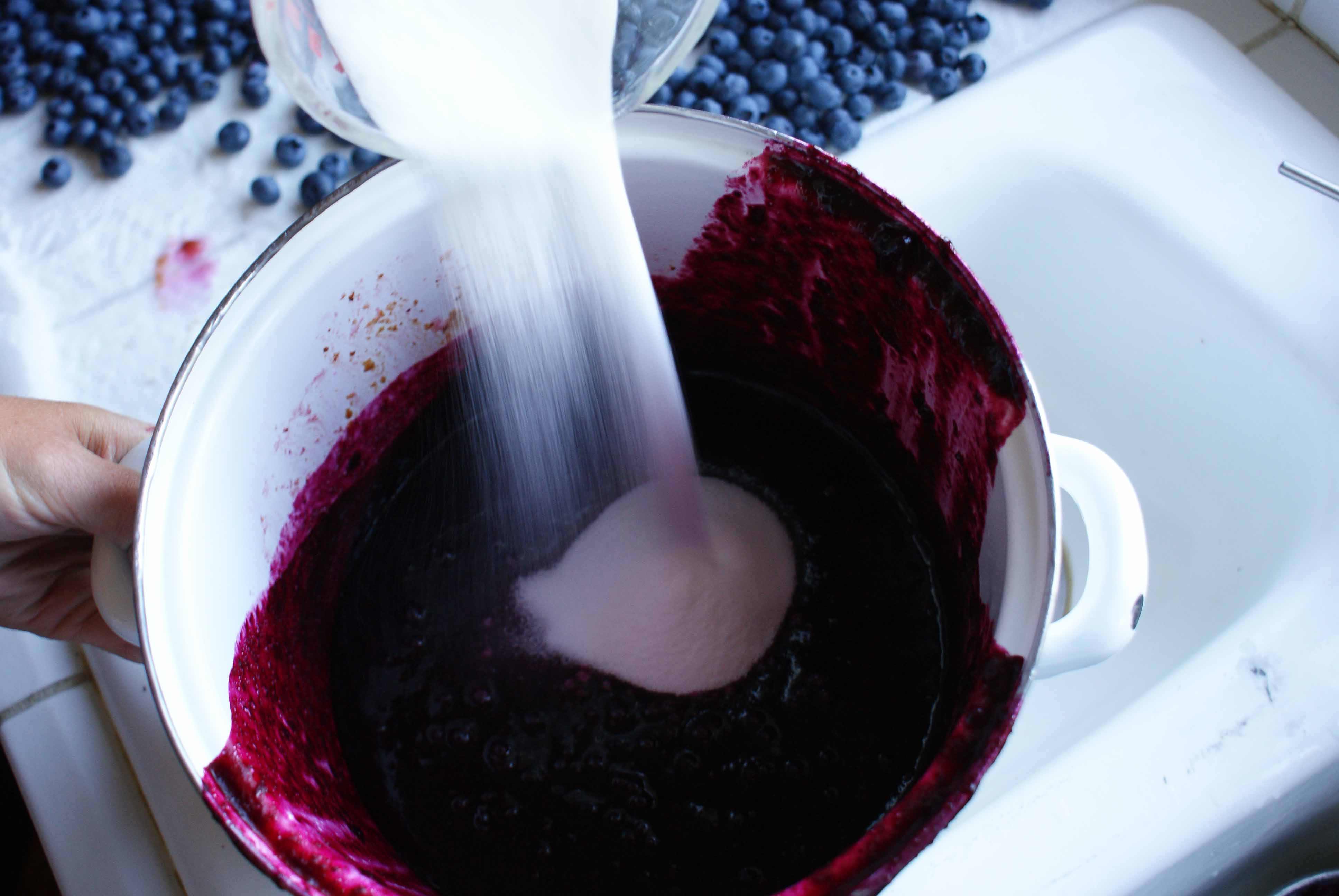 Yummo! This stuff is looking good! 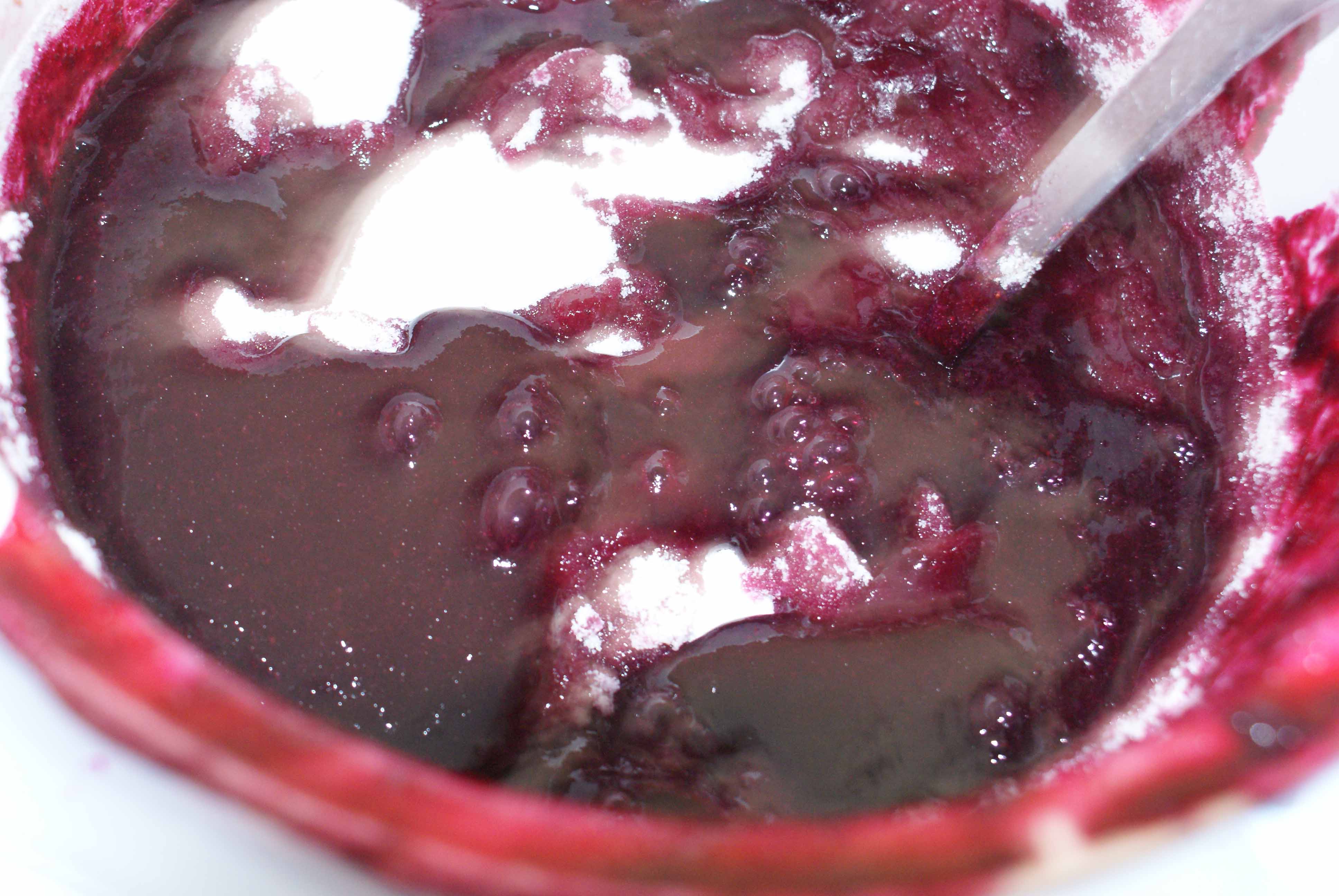 Next  we poured the syrup through a strainer to remove the pulp. 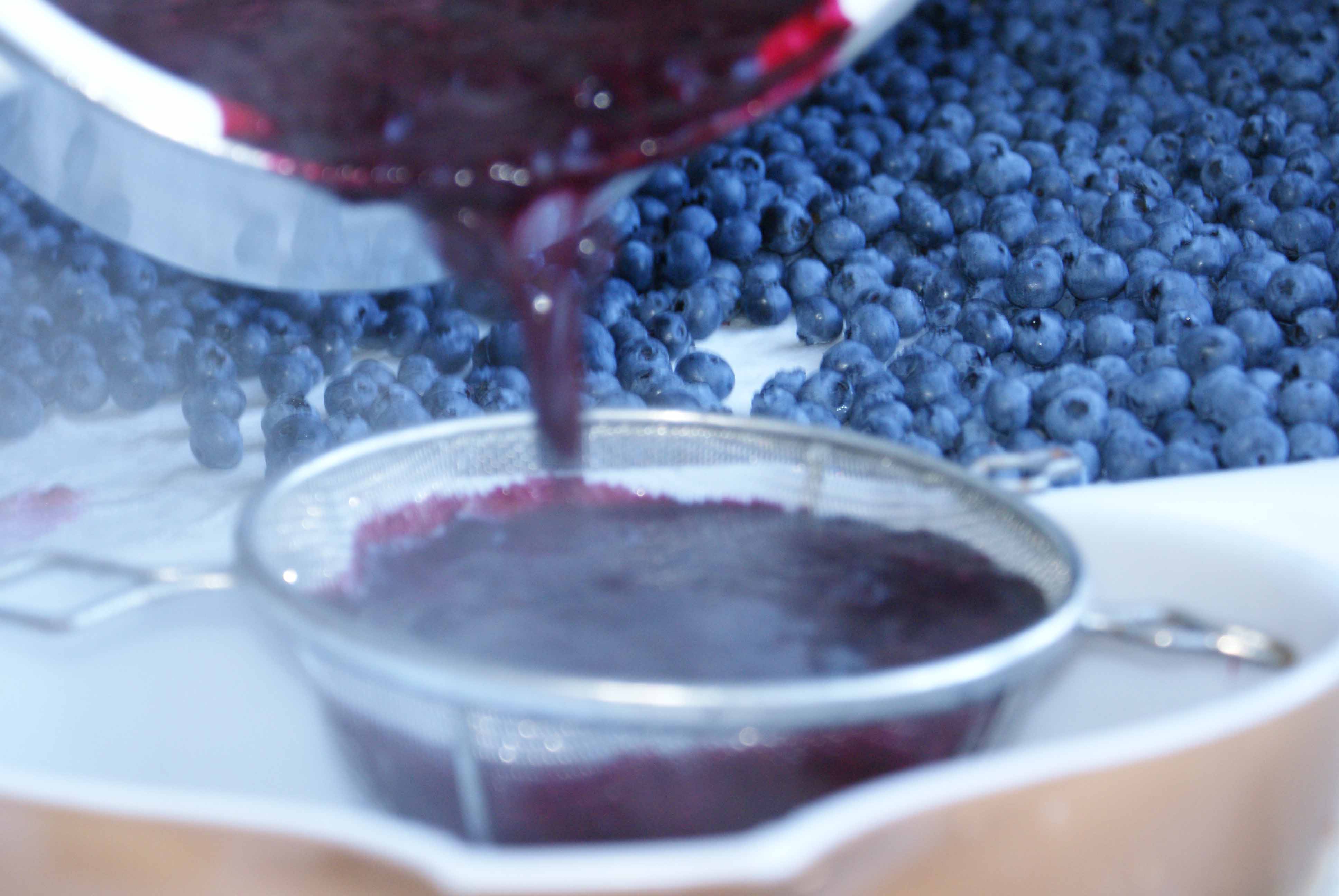 And finally we poured the delicious syrup through a funnel into our prepared jars. Now we’re ready for the coming year, with lots of blueberry syrup to enjoy! 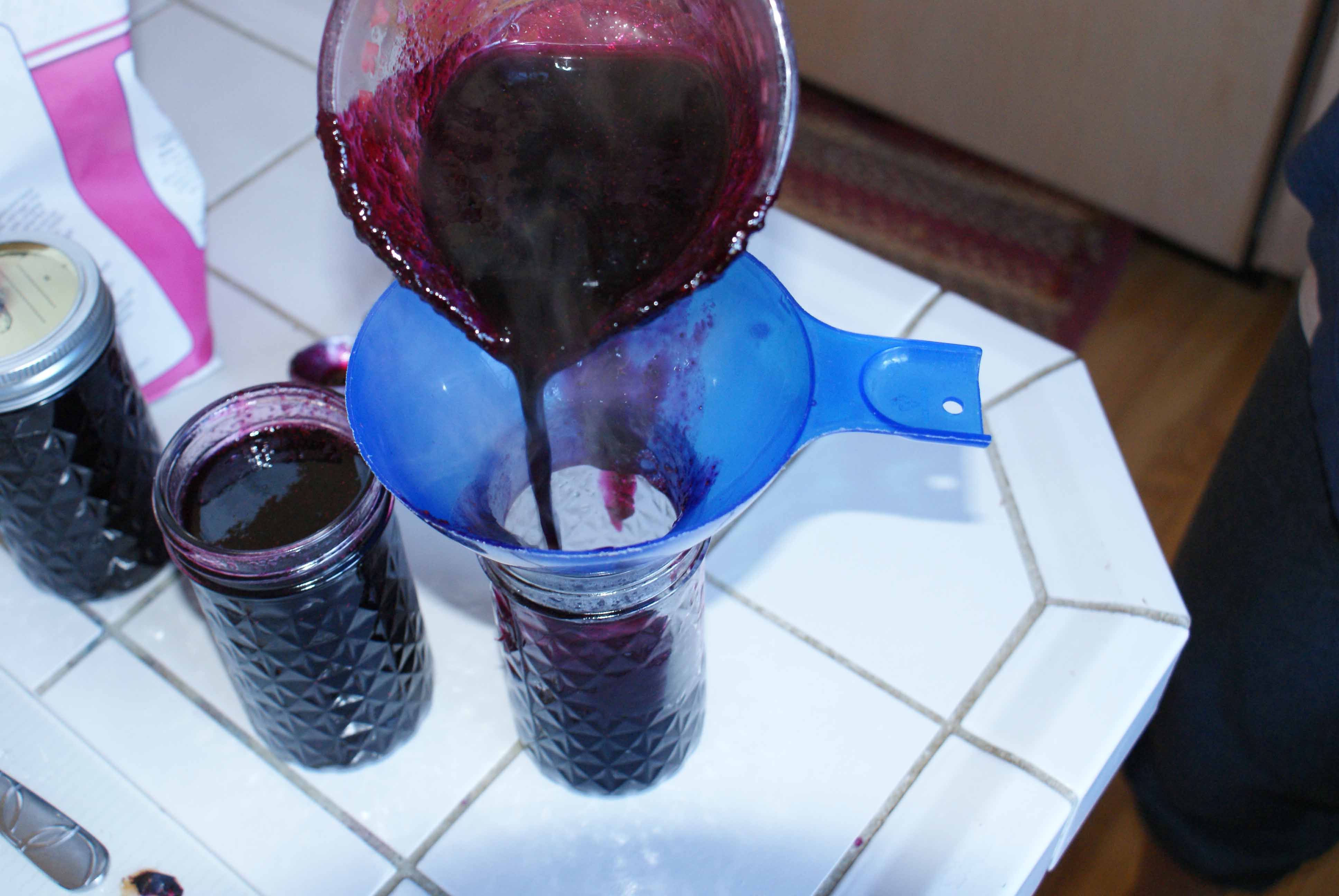 Blueberries are one of the few fruit species native to North America. They grow commercially in 38 states in the U.S., and six of them account for more than 90% of blueberry crops: Michigan, New Jersey, Oregon, North Carolina, Georgia, and Washington.

Blueberries are versatile, and there are many ways you can enjoy them. Whether you’re just adding blueberries to food you’re already preparing, making sauce, freezing or dehydrating them, making jam, or making a yummy dessert, you’ll enjoy their flavor along with their other benefits. If you have a favorite blueberry recipe or idea, please share it in the comments!